You have not lived your life if you have not hopelessly fallen in love with someone and even better broken up with them. There is an old world charm about unrequited love as it makes for legendary stories – the kind Shakespeare punctuated with imperfect, insecure, deluded but generous, loud and strangely optimistic characters. From the moment you start courting someone till the time you are cast out of their life; you experience emotions you thought you were never capable of feeling. In some sense, these themes of unrequited love also seem true for my love for Pakistan.

Pakistan and I started our fling back in the 90s. I was young and carefree. My fascination with it began when we won the Cricket World Cup in 1992. To me, Pakistan, at the time, was only limited to a few mili naghmay, sports and a bloated sense of self-worth that we were better than our neighbour to the east. As I moved from city to city for education and work, I realized that Pakistan was as enchanting as a reverse swinging Yorker ala Waqar Younis. I just could not get enough of it! It was in those days that I fell head over heals for Pakistan.

The obvious next step was to sit the beloved on a pedestal. It was impossible for me to imagine how anyone could not love Pakistan! In my vulnerability, I started feeding on the jingoistic piffle dished out by many and thought politicians were the quintessential evil mother-in-law who just did not approve of the choice their daughter had made.

As I thought my love was about to culminate in the union with my beloved, then the 9/11 happened. It felt as if Pakistan had come crashing down from the pedestal. The romance of 90s seemed to be fading away. Pakistan had become cranky and a bit impossible to like. But I still persisted. How could I let the 15 years of my labor go down the drain. I clang on. I thought I would get it back the way it was and everything would be great again How silly of me! What ensued, as I tried to reconcile with this new reality, was a period of skepticism, low self esteem as a Pakistani and just general apathy. Deep down inside I was trying to play the sympathy card. You show your love interest how miserable you are in the hope that they will come around. Only they don’t.

A few months ago, I had a moment of clarity. I felt incredibly stupid. It was not Pakistan that had become cranky. It was me who had changed. I was not willing to make those compromises – yes, compromises, that one has to make to woo the beloved. I had become self-centered and my priorities had changed. I was enveloped in this strange sense of entitlement where I treated others as a stepping stone to a fancy job and a big house. I watched Karachi burn; Lahore bleed, Peshawar weep, Quetta on its knees and still said nothing. Imagine how your beloved would feel if they lost an arm and you abandoned them!

In the months leading up to this August, I have done a lot of soul-searching and believe that unlike a Shakespearean tragedy, Pakistan as a love story still has a hope of a revival – the sort that will one day unite the lover and the beloved. It will take me to put the collective in the mix again, take more responsibility and maturely start to get rid of the unwanted parts (jingoism, sectarianism, corruption and other ills). I will have to put my biases aside and start the process of rebuilding with love and care- without the expectation of wanting back.

I need your blessings! 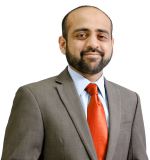