I remember watching the cartoon show Jetsons in my childhood, which featured a family living in a utopian future. Houses in the sky, flying cars shaped as saucers, robotic maids and pets — everything was a depiction of an unseen world.

As I grew up, I realized everyone around me was debating the benefits of technology.  Jetson’s utopian world wasn’t that great after all. One of the strongest arguments against technology was its brutal replacement of human beings. Typists, bookkeepers, farmers and many others were losing their jobs at the hands of artificially intelligent equipment.

Stephen Hawking once said that a new form of life would evolve if anyone ever creates some kind of self-improving artificial intelligence, which is superior to human beings. This indicates that human beings can easily be replaced.

But is that even possible? Can creation be superior to the creator? And how does one measure superiority? Some people debate the limitations of humans — in terms of speed, accuracy, and physical presence in time and space. However, one thing that is not debatable is the essence of a human: whatever it is that makes us human.

The most important element is the human conscience. We have a living conscience, which guides our actions through a moral code. It is the reason we can distinguish between right and wrong by following an inner instinct which stems from our values. If a robot from Jetsons was programmed to steal, it would continue to steal for its lifetime, unless programmed otherwise, since it would be incapable of listening to itself.

Second, the emotions and feelings we experience are irreplaceable. We are blessed with a vast palette of emotions which shape our experiences and responses to situations. We feel anger, happiness, sadness, fear, surprise, and disgust in every fiber of our bodies. We are often proud of how rationally we act in certain situations, but in reality it is hard to act with absolute objectivity and to ignore the role of emotions. A happy employee will do a task very differently than their dissatisfied co-worker. Can we say the same about machines? Would a pat on the back from the boss change the number of data entries an artificially intelligent computer makes?

Moreover, the strings of relationships can not be overlooked in this argument. We thrive on human connections. A lot of tasks are only possible because we leverage on the strengths of our peers, working collaboratively towards a common goal. The bonds we develop and the friendships we make allow us to grow as a collective. It is not yet possible to program machines to create bonds of friendships and achieve results through strong connections.

These things make us distinct and provide endless opportunities of growth and progress in the future.

It is important to note that technology is not a threat to human beings; in fact, it exists to exponentially increase efficiencies and augment human capabilities. Social media connects humans, virtual spaces for work promote collaboration, and access to information enhances our knowledge. Hence, It is only a matter of keeping up with times, leveraging factors that make us unique instead of competing with machines for productivity and efficiencies.

I believe technology, if used to amplify humans’ empathic action and efforts, will lead to unprecedented changes in the world, which will positively outweigh the negatives of technology. 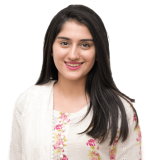