For too long, and rightly so, we have been ‘hooked’ to the ambient theories of motivation. Trying to understand the human psyche, aligning management tools to individual and group needs and make people work to get more out of each dollar, has been and is the cornerstone of research and study by social scientists and psychologists.

One such great thinker was Abraham Maslow who had a profound impact on how management was and is shaped. An American psychologist, Maslow was best known for creating the hierarchy of needs expressed in his 1954 book Motivation and Personality, a theory of psychological health predicated on fulfilling innate human needs in priority, culminating in self-actualization. He stressed the importance of focusing on the positive qualities in people, as opposed to treating them as a “bag of symptoms.” The five rungs of Maslow’s ladder are still taught at most universities; millenials are well aware of it, and organizations formulate their reward and recognition policies around it.

Times through these ages has repeatedly demonstrated that those who make it into history books and whose stories are told as inspirational legacies are ones who did not traverse the hierarchy of needs. They by-passed them and reached the top. The story of their journey begins in the last rung of actualization. That’s where the action happens. Prior to this, life’s rituals are around existence and survival; conditions that are not the prescription for human excellence. Think of the Nobel Prize winners; great musicians and painters; inventors and architects; nation-builders and astronomers; social workers and historians – spending decades of their life looking for that one molecule; an economic theory; a musical note that moves the soul; in quest of material to build; life in deep space; serving the ill and burying the dead – what makes them do what they do? Such tenacity, endurance and persistence is not the stuff of survival. There is more to life than filling the belly and a roof over the head. Human struggle is capable of by-passing these menial low-life form activities and launching straight into the rung of self-actualization.

Even in these travails, self-actualization is not the driving force; it is the unforeseen consequence. What is it that makes us capable of navigating past the bodily, safety, psychological and esteem needs to live a life of perpetual contribution?

Upon intense closer reflection, deep inside the last rung of self-actualization, there is another journey. This is one way of how it can be expressed:

Pride in what you do lends a firm and robust identity constituted by an unshakable ideology. This pride is augmented by a sense of service, prayer and faith. It is a spiritual experience that fills the belly, intrigues the mind and corroborates the heart. People/societies without an identity are too busy finding one; looking around to compare their own with others, falling into the trap of arrogance if theirs is better, or inferiority complexes, if worse. There is no anchor in such mental quandaries for intelligence to begin its search into the unfamiliar.

What you have pride in, you will care for. This care is ‘respect’ – the ability to repeatedly ‘see’ from the other’s perspective. There is empathy for another and kindness for the environment and resources. This state gives dignity, self-value; beyond mere self-esteem. Without this ability to ‘see’, one is stuck in self-serving traditions.

Empowerment is to recognize one’s power to think, feel and do. With the immense faith imbibed by the previous two stages, this power has to be used, resulting in a heightened state of trust – that molecule has to be studied; this music note says it all; galaxies, million light years away, must be investigated. The enormous trust in oneself is realized and trust in others (people and matter) becomes normal. Without trust, the individual is ensnared in a victim mentality.

The lens of trust makes the eye seek and unravel the unseen. Such a mind enters its veiled realms and creates, designs, scripts and formulates the new, the unknown, the fresh dimension leading to growth in character and progress. Looking at and living in the past is the reality of those not having arrived here.

The individual arrives at the locus of inspiration – everything and every moment is wonder-ful. Being awestruck becomes the natural condition that drives the order. Time and space become immaterial, resulting in tremendous contribution to uplift and unfold the mysteries that are ours to discern.

Pain and pleasure are the proclaimed motivators. Whatever we do is supposed to be guided by our instinct to seek pleasure and avoid pain. This P&P principle drives us at both levels – the physical and the spiritual. The outcomes are different. The physical levels are the same as of animals, and remain the motivations of survival. The spiritual P&Ps are the human reality burgeoning what religion, philosophy, mysticism, aesthetics, ethics and morality prescribes for us to be. 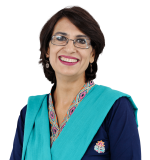